The NICU Diaries – Part Three : When your twin babies are in NICU and you’re not

Discover one twin mum’s story through the early arrival of her beautiful twin girls and their stay in NICU. Jule shares her journey in a three part series, taking you from first finding out her babies need the extra care provided by the neonatal unit, navigating those first few days when everything was so new and her […] 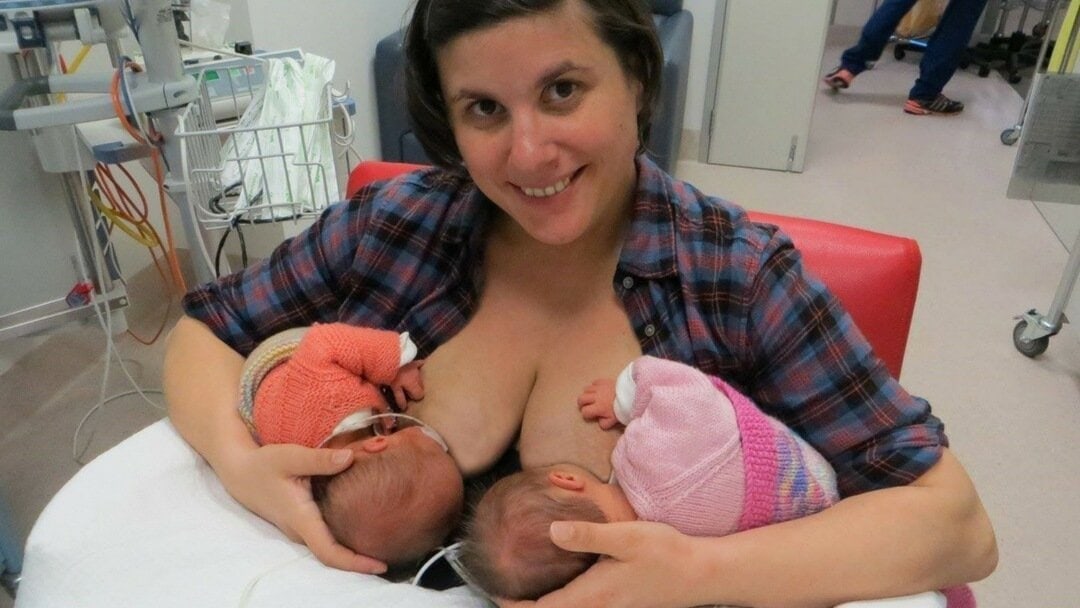 Discover one twin mum’s story through the early arrival of her beautiful twin girls and their stay in NICU.

Jule shares her journey in a three part series, taking you from first finding out her babies need the extra care provided by the neonatal unit, navigating those first few days when everything was so new and her tips on how to cope when you are discharged from the hospital but your babies aren’t.

If you haven’t read the other two articles in this series, you can find Part One here.

For us, the next three weeks were all about commuting to and from the hospital, expressing milk and living in this bubble of NICU life.

We are fortunate to live only 15 minutes drive from the hospital, so visiting our girls (born at 34 weeks) in NICU wasn’t a problem. It’s so much harder if you’re not staying at home, especially if you already have older children. My heart goes out to those supermamas!

The hospital loaned us a breast pump for the first couple of weeks. I would pump every three hours around the clock and later moved to every four hours overnight. Although our babies were still in hospital we got our first glimpses of sleep deprivation.

Babies in NICU have feeds every three or four hours depending on their weight, and the rest of the time they’re sleeping and growing. At first we tried to be around for as many cares as possible and often spent more than 10 hours straight in the hospital.

Each morning we touched base with the nurse who would tell us if anything had happened overnight and what progress our babies had made. Often there wasn’t much to report. Nothing tends to happen too quickly in NICU. Our babies were born almost six weeks early and we were told that they might have to stay until they were full term.

After a few days they graduated from their incubators into heated cots and then a couple of weeks later into cots without extra heating.

Mid-morning the doctors would do their rounds and we tried to be there to hear any progress. Then it would be another round of feeds and cares followed by more pumping.And another round, and another, repeating over and over again.

After a week or so we decided to spend a bit less time at hospital because the lack of sleep and being constantly on the move was taking its toll on us. We still spent the whole day with our girls but tried to make sure that we would leave the hospital at least once a day to sit in the sun or go to a cafe.

We went out for dinner a couple of times in the evenings and went back to the pub quiz. It did feel very strange to go out without our babies. To tell people that we’re parents now but didn’t have any babies to show for it. At first I almost felt a bit guilty enjoying myself while my babies were in hospital, but I told myself that I shouldn’t as they were in very good hands.

Having babies in NICU is physically and emotionally draining, so we figured that anything that gave us a break and did us good was a real benefit. The better I ate and the more rest I got, the better I could look after them and produce milk.

I also had to remind myself that I was recovering from a twin birth and from Hellp Syndrome for which I was still taking meds. I needed to take it slowly.

My milk supply was still only a trickle and I jealously eyed those mums who carried multiple little milk bottles filled to the brim to the fridge where all the breast milk was labelled and stored.

My girls sometimes got pure expressed breast milk, and sometimes a mix of breast milk and formula. Although I would have loved to have produced more, I soon accepted that “fed is best”. As long as my babies were growing and thriving I was doing what was best for them.

The thought that my babies were all alone in their little hospital cots made my heart weep a little but I also knew they were warm, fed and safe and had everything they needed to grow and become stronger.

Every day we learned something new from the wonderful nurses. We picked up so many tips from the experts that we felt confident we’d know what to do when we took the babies home.

After three weeks of going into hospital every morning we were told we could ‘room in’ with our babies. The doctors were happy with our daughters’ progress and had removed all the cables that monitored their hearts and breathing.

At first it was a bit scary not knowing if everything was ok without the cables and vital signs monitor. We’d become so used to having one eye on the monitor and it took a while before we could really relax.

By now I tried to breastfeed every feed, but my babies were still too weak to keep going for long. We knew they wouldn’t be allowed to leave the hospital until they were able to be feed without their nasal tubes. In the end we started bottle top-ups and a couple of days later we were able to take our wee lassies home.

It was an amazing feeling to take them home, and thanks to the wonderful NICU staff we felt equipped for the job. We had a routine going, we knew what we were doing (sort of) and our babies kept growing and growing.

They’re now nine months old and are bigger than most of their antenatal singleton baby friends. I also made sure to catch up on cuddles once we were all home.

And although it might not have been the start to life we had dreamed of for our babies, we were incredibly lucky to be looked after by a wonderful team that helped us immensely in our first steps as twin parents.

Pin5
Share
Tweet
Email
← Becoming a Single Mother by Choice of Twins What if your twins need formula? → 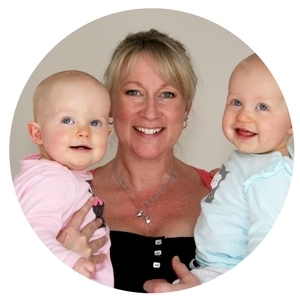