Types of Twins – Did you know there are ELEVEN?

Zygosity, Chorionicity, Amniocity... what does it all mean??? Discover the ELEVEN types of twins and do twins really run in families? Keep reading to find out more... 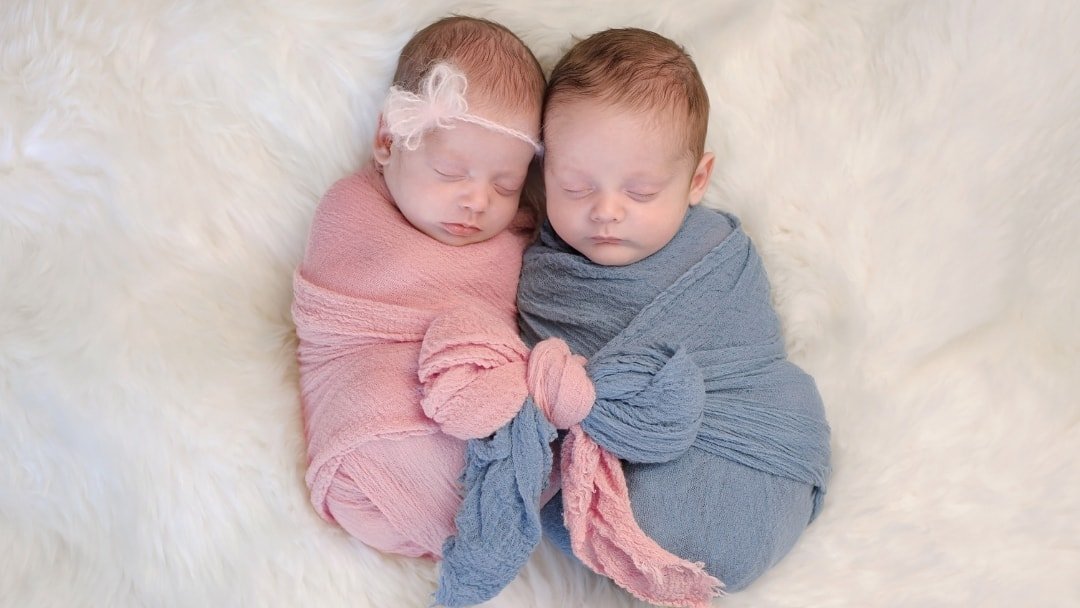 For the vast majority of the population, when you mention the word ‘twin’ it generally conjures up an image of two adorable and identical-looking tiny humans. And most people think there are just two types of twins.

It’s not until you find out you are having twins that you are thrust into a new world with a whole different language that includes words such as zygosity, chorionicity, and amniocity.

It can be a mind-boggling experience (especially for a twin mama-to-be brain).

Did you know that there are ELEVEN different types of twins?

When you discover you are having twins, it is important for you to know the types of twins there are. And more specifically what type you are having. It will make a huge difference to the level of care you should expect to receive during your pregnancy.

READ MORE: Your Twin Pregnancy Care Plan – What You Can Expect

You can usually find out fairly early in your pregnancy what type of twins you are having. Although with some pregnancies it can be a little difficult to establish this with 100% certainty. If there is any doubt, you should expect your midwife to err on the side of caution with your antenatal care.

You will probably have heard of the two most common types of twins – fraternal and identical.

Fraternal twins occur when two separate eggs are fertilized by two different sperm causing two zygotes which is where the term dizygotic comes from (di=two, zygotic=zygotes).

The two zygotes are the first cells that will go on to create your two babies. They have their own individual sets of DNA and are for all intents and purposes, just two siblings that happen to be in your womb at the same time. They can be any combination of girl-girl, boy-boy or girl-boy.

Fraternal twins are the most common type of twin, with around 40% of all twins born being boy-girl combination fraternal twins.

Fraternal twins will always have their own placentas, amniotic sacs and chorions. However, occasionally the placentas can fuse during pregnancy and appear to be one. More on this below.

Do you have twins in your family?

If there is a hereditary trail of twins in your family then they will most likely be fraternal twins.

As fraternal twins are caused by the release and fertilization of two eggs, it is the female that determines whether twins are a possibility.

The gene that causes hyper-ovulation can be passed down the family line throwing out a set of twins every now and then along the way.

Identical twins occur when one egg is fertilized to create a single zygote. The zygote then divides into two embryos (mono=single, zygosity=zygote).

It is still not fully understood how or why this division of the zygote occurs. It appears to be just a random event that occurs. So as a result, this type of twin is not considered to be hereditary.

Identical twins share the same genetic DNA however there will always be slight differences. Even in the womb, each twin will be subjected to a slightly different environment. For example, each could have a different length of the umbilical cord.

This seemingly minor variation can lead to a slight change in each twin’s environment. Therefore giving them their own characteristics and making them a unique individual. For example, their fingerprints will not be the same.

Identical twins are always the same sex. However, there have been cases where boy-girl identical twins have been born due to a chromosomal change in one of the twins once the zygote has split. This is however very rare.

In a singleton pregnancy or fraternal pregnancy, each baby has its own placenta, amniotic sac, and chorion, keeping each baby separate and with its own food, oxygen, and blood supply.

When you have identical twins, there are a few combinations of separation that can occur and this is determined by how many days following fertilization that the zygote splits.

All Dizygotic (Fraternal) and around 25% of Monozygotic (Identical) twins will be ‘Di-Di’ twins.

These twins will share the same placenta and chorion but have their own amniotic sac. They will be known as ‘MCDA’ or ‘Mo-Di’ twins or Monochorionic/Diamniotic twins. Around 60-70% of all Identical twin pregnancies will result in a ‘Mo-Di’ combination.

The greatest risk with this pregnancy is Twin-to-Twin Transfusion syndrome as both babies are sharing the same placenta or blood supply.

Zygotes that split at this late stage account for around 1-2% of identical twin pregnancies. These babies will share the same placenta, amniotic sac, and chorion. They have the highest risk of complications during pregnancy such as Twin-to-Twin Transfusion syndrome. The babies are also at risk of getting tangled in their umbilical cords. They are known as Monochorionic/Monoamniotic or ‘MCMA’ or Mo-Mo’ twins.

Zygote splits after 12 days from fertilization

In very rare cases where the zygote doesn’t split until after 12 days then the result is usually conjoined twins. This is where body parts and often organs are shared between the babies.

PIN TO SAVE AND READ LATER

Other Types of Twins

There is only one known case of semi-identical twinning.

Polar body twinning is very unusual and extremely rare. The process is quite complicated and occurs even before the egg cell is developed.

As part of the creation process of the egg, four cells are created – the egg cell which will go on to be fertilized plus three other cells called Polar Bodies.

The Polar Body and the egg share identical genes from the mother, but they may then be fertilized by two separate sperm from the father.

This will result in twins who share half their genes in common (from the mother) and the other half different (from the two sperm).

Mirror image twins can result when a fertilized egg splits later in the embryonic stage, around day 9-12 and can only occur in identical twins.

The term mirror twins refers to the fact that they have the same physical features but opposite asymmetric features. For example, one twin could be left-handed, the other right-handed. One twin has a birthmark on their left foot, the other on their right.

In more extreme cases, twins can even have mirrored internal organs.

Another form of twinning that has been identified is called chimerism.

This is thought to occur if two separate sperm fertilize two separate eggs which then fuse, producing individuals with different sets of chromosomes.

This can cause each twin to have two different blood types each and in some cases have both female and male chromosomes.

Chimerism has also been associated with fused placentas causing intermixing of the circulations.

Did you know, it is possible for twins to have different fathers?

One well-known case dates back to 1810 where a woman had both a white and a black lover. She became pregnant and gave birth to twins, one white and the other black. Each twin had a different father.

This type of twinning is called superfecundation and occurs when the mother ovulates more than one egg and has more than one partner during her fertile period. One egg is fertilized with sperm from one partner and the other egg from the sperm of the second partner.

These types of twins are always fraternal or dizygotic.

Superfetation occurs when a woman ovulates more than one egg but the eggs are released and fertilized at different times, sometimes up to 24 days apart.

The resulting twin pregnancy has two different conception dates, so the babies may be quite different in size and days or weeks may separate the births.

There are only a handful of confirmed cases of Superfetation twinning.

A parasitic twin is a form of conjoined twins however one of the twins ceases to develop in-utero. The baby is either incompletely formed or wholly dependent on the dominant twin.

With the increase in early monitoring of pregnancies, particularly when part of fertility treatment. The frequency of vanishing twin syndrome is becoming more visible.

It is thought that up to 1 out of 8 pregnancies may experience the loss of a twin. However, a large majority of these would go unnoticed if it occurs during the first trimester of the pregnancy.

There are many causes for one of the twins to die and often for the same reasons a singleton miscarriage would occur.

In many cases, the vanishing twin will be partially or fully absorbed and will not cause any further issues to the pregnancy.

Occasionally if the event occurs in the second or third trimester then medical intervention may be essential to ensure the viability of the remaining twin. 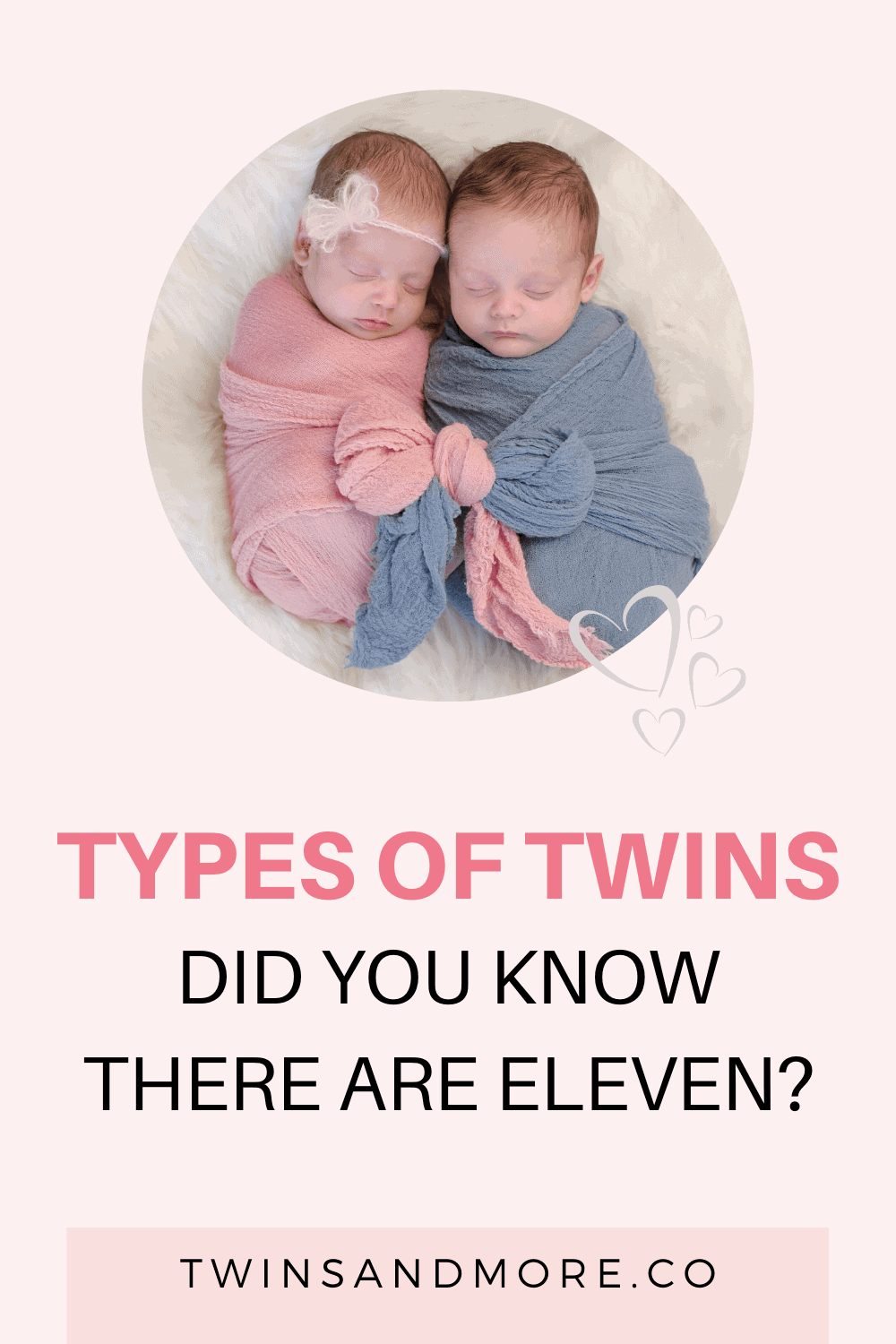